Chucklers is a brand new series published by Oxford University Press. It is edited by our mate, Jeremy Strong, who writes brilliantly funny books.

We have contributed two books to the series – we think you’ll like them! 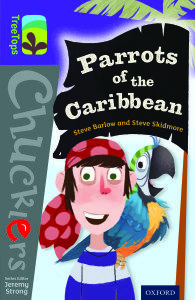 Parrots of the Caribbean

Doghouse Dave is the worst pirate EVER! When he is thrown off his pirate ship, he ends up meeting the wickedest pirates that ever sailed the Caribbean Sea.  A thrilling, hilarious adventure that’s sure to make you go “OOOOHHH ARRRR! – SQUAWK!” 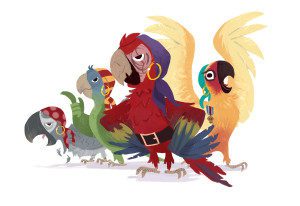 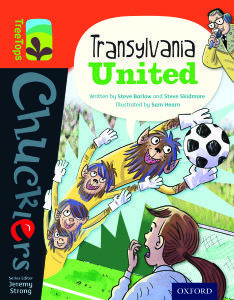 In this comic book, Abi is gutted when she is sacked from her job as football manager of Downcast Rovers. But she is soon back managing when a team with a monstrous reputation ask her to help them out. Can she tackle the horror of the situation and lead them to a spooktacular victory? 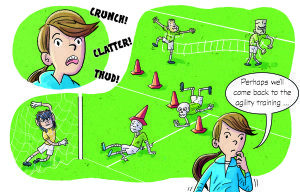