Monsters Like Us is a brand new comic book series we’ve been working on for some months.

The series is highly illustrated by Alex Lopez and follows the wacky adventures of three High School students, Lin, Danny and Sam who are a little bit different – they’re a werewolf, a demon and a zombie!

They are ideal books for the developing reader, having a low word count. They are available in hardback and paperback. 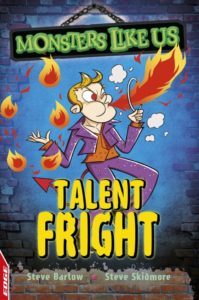 Sam, Lin and Danny are putting on a show for the Hangem High School talent night. It’s going to be a real show stopper… 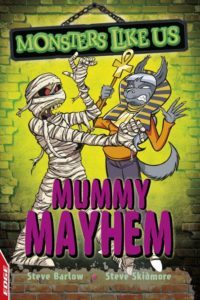 A school trip to the museum turns into a nightmare when the mummies come alive. Sam, Lin and Danny have got to get them back in their boxes! 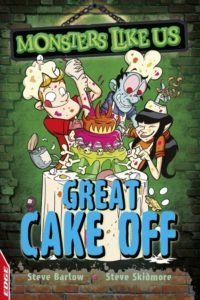 Lin, Danny and Sam want to win Hangem High’s Cake Off competition but they’re cooking skills are not up to much! Can they win or will they end up with soggy bottoms! 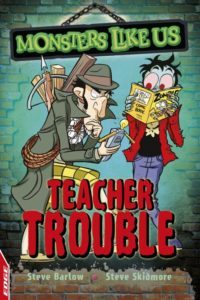 There’s trouble at Hangem High when Mr Hunter turns up looking for any monsters that might be hanging around. Is this the end for Lin, Danny and Sam? 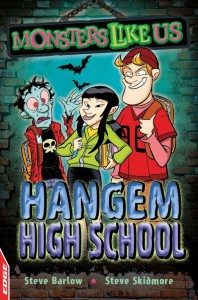 Sam arrives at his new school and is keen to make a good impression without losing his head. Clogger and his cronies have other ideas and are determined to shake things up for Sam. Can Lin and Danny come to the rescue of the weird new kid, and keep him in one piece on his first day? 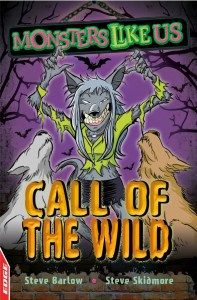 Call of the Wild

The class go on a school outing to a safari park. Everything is fine, until they are invited to see the wolves. Can Danny and Sam help Lin to resist running wild in werewolf form, and stop their teacher finding out the truth? 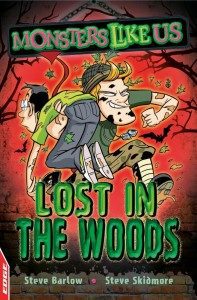 Lost in The Woods

A school trip goes horribly wrong! Can our heroes rescue their classmates from a deadly fate and save the day? 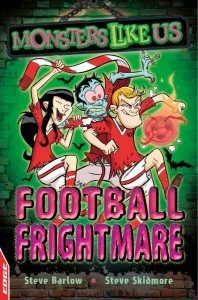 Clogger and his mates are winding up Lin, Sam and Danny. He claims that he is their worst footballing nightmare – little does he know what’s in store for him! 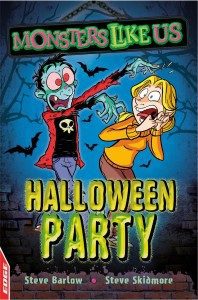 Our three monsters make Halloween a night to remember as they compete for the best fancy dress competition at Hangem High’s ultimate Halloween party! 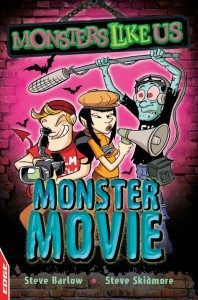 Our heroes have to make a monster movie but how will they do it without giving their identities away?