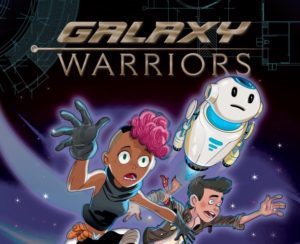 Follow the Galaxy Warriors in their battles against the baddies – Lord and Lady Evil, Butt Head and the three headed, Dr Y!

The books are brilliantly illustrated by Santy Gutiérrez. A mixture of graphic novel and prose designed to engage older reluctant readers and younger confident ones, we think you’re going to LOVE them! 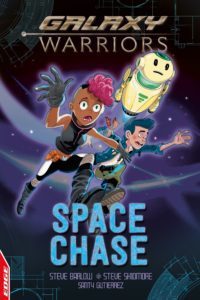 Big baddie Mr Butt Hedd is in hot pursuit of the Galaxy Warriors and has tracked them down. Can Jet, Tip and Boo Hoo find a way to escape in a cunning disguise…? 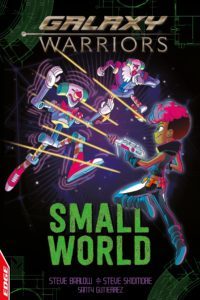 The Galaxy Warriors receive a distress call from a planet with tiny inhabitants known as the Wees. Lord Evil has sent Dr Y with a ray gun that shrinks everything in its path … can our heroes save the Wees? 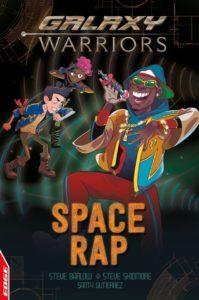 The Galaxy Warriors are trapped by the Baddies and only Master Boss can save them! But what happens when the Master is mistaken for a Grandmaster of rap? 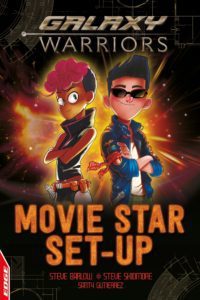 Jet and Tip audition for a part in a new galactic movie blockbuster and are hired? But who is the director and why do things keep going badly wrong for our heroes. Have they been set-up? 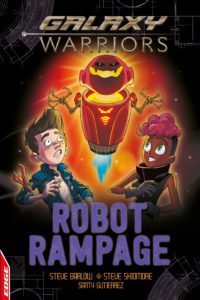 Following a mishap with a milkshake, Boo Hoo goes bananas and needs a service. But the replacement robot is not all that it seems? Can the Galaxy Warriors avoid the Baddies secret plans? 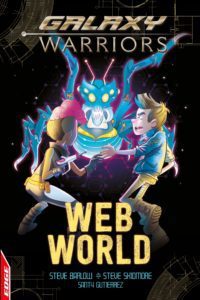 The Galaxy Warriors receive an emergency call from Planet Arakno. But when they arrive, they realise they have been spun a story and fallen into the Baddies web of deceit. Can they escape? 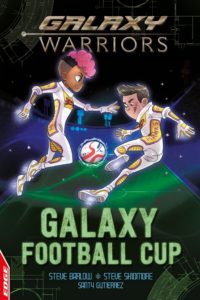 Our heroes have won tickets for the Galaxy Football Cup Final. But who are the strange looking spectators sitting in front of them? Can they escape the clutches of the Baddies and still ensure that their team wins the cup? 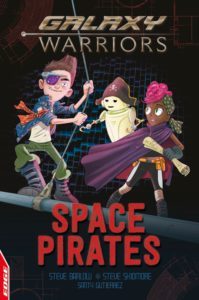 The Galaxy Warriors decide to do a little pirating and pinch the Baddies gold. But when they board the transport ship, they find out that the cargo is not what they imagined! Can they get away from the Baddies without landing in deep doo-doo?